No Fear for the New Year 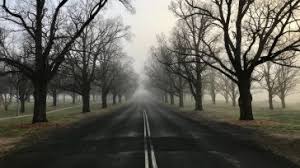 No Fear for the New Year

I think we are all glad to see 2020 officially laid to rest in the history books. What a year it was, filled with unpredictable twists and turns.

As we embark on a new year in 2021, it is only natural to wonder what the next twelve months will hold. A new president is about to be inaugurated, along with a new Congress. Governmental restrictions remain in effect. Large sectors of the economy are still shut down. Health officials predict it will be months before things return to some state of normalcy.

No matter how uncertain the future might seem, as believers we are not pessimists. We are optimists, not because of wishful thinking on our part, but because our hope is anchored in the King of kings and Lord of lords.

We find solace in His sovereign goodness, knowing that He upholds all things by the word of His power and holds us safely in His hand. No matter what happens in 2021, our future is secure.

There are many places in Scripture we could look to see this truth articulated. Psalm 46 is one of those places. My intention is to encourage our hearts with the bold confidence of the Psalmist in the face of troubling times.

In verse 2 of Psalm 46, the Psalmist writes: “Therefore we will not fear.” What is it that we might have to fear? We could list many potential sources of anxiety, apprehension, and fear. The events of last year provides us with a fairly extensive list.

These two categories sum up what we experienced in 2020, and they provide the main categories of concern as we look to the uncertain future. The Psalmist, likewise, recognized the dangers posed both by nature and by the nations. Yet, the encouragement to those who sang this song in ancient Israel, and the encouragement to those of us who read this Psalm today is the same: we will not fear.

But how is this kind of confident resolve in the face of instability and hostility possible?

I believe Psalm 46 answers that question for us, and it does so by lifting our eyes off of this world and putting them on the Lord. Those who know and love Him need never fear. Though the mountains tremble and collapse into the sea; though kingdoms rise and fall; though wicked men flourish; and though our lives are but a breath—we need not fear.

In this Psalm, we are given three reasons not to fear, even in the face of trouble, and each of these reasons focuses on God, who is our refuge and strength.

We Will Not Fear Because We Rejoice in God’s Presence (vv. 1–5)

God is our refuge and strength, A very present help in trouble. Therefore we will not fear. (Ps 46:1)

We do not fear because God is our refuge and strength. He is our solid rock, our foundation, our refuge, and our stronghold. Notice that he is also a “very present help in trouble.” God is not distant; He is not far off; He will not abandon or forsake His own. Because God is present, we will not fear. So, therefore, what need have we to fear? God is with us, and He is for us.

Now look at the rest of verse 2. This is the context in which the Psalmist is offering comfort: “though the earth should change And though the mountains slip into the heart of the sea; Though its waters roar and foam, Though the mountains quake at its swelling pride.”

This is poetic language that describes earthquakes. And it stands in stark contrast to the reality that God is the eternal Rock of Ages upon which our hope is built. The ground may quake, but God is immoveable. The earth may change, but God is immutable. The mountains may crumble, but God is unassailable. Tidal waves may form as the waters roar, but God is unmoved. Though the mountains quake, and though the sea rises, God remains sovereign on His throne, unshaken, in control, and in charge as the King of kings and Lord of lords.

The rocks of this world may shift and fracture and fall, but the Rock of Ages will never fail and those who hope in Him will never be disappointed. Earthquakes prove that even solid ground can tremble and give way. But our confidence rests in that which is infinitely more secure. Our hope cannot be shaken because our hope is in the Lord.

Now, in order to contrast the uncertain chaos of this world with the settled peace that characterizes those who hope in God, the Psalmist transitions to give us a beautiful picture of Zion:

There is a river whose streams make glad the city of God, The holy dwelling places of the Most High. God is in the midst of her, she will not be moved; God will help her when morning dawns. (4–5)

Notice how the tranquility of that river contrasts with the raging, wild, chaos of the waters described in verse 3. It is the epitome of rest, peace, and security. And the emphasis of these verses is again on the abiding presence of God. This is His dwelling place. And because He is there, those who dwell there will not be moved, for God is their help. What a glorious picture of the security that believers enjoy from their ever-present King!

And yet the Psalmist gives us yet another reason why we should not fear.

We Will Not Fear Because We Remember God’s Power (vv. 6–9)

When we remember God’s omnipotent power and unassailable sovereignty, it reminds us we need not fear even in the face of great adversity and hardship.

In verses 2–3, the Psalmist responded to “trouble” in the form of natural disasters. Now, the focus shifts to international turmoil, as nation rises up against nation, resulting in war and political upheaval. The nation of Israel, of course, faced continual threats from the surrounding nations: from the Philistines, the Egyptians, the Assyrians, the Babylonians, and so on. The threat of invasion was a constant cause for apprehension and alarm.

In our own day, international threats—though perhaps more distant—still present many with a reason to fear. Perhaps even closer to home are the threats against the church that seem to be growing in our increasingly secular culture. What if our first amendment rights are taken away, and we are persecuted for the name of Christ? What if standing for the truth results in being fined, or thrown in prison?

The Psalmist helps us answer such questions by calling us to remember the sovereign power of God. Look at verses 6–9:

6 The nations made an uproar, the kingdoms tottered;
He raised His voice, the earth melted.
7 The LORD of hosts is with us;
The God of Jacob is our stronghold. Selah.
8 Come, behold the works of the LORD,
Who has wrought desolations in the earth.
9 He makes wars to cease to the end of the earth;
He breaks the bow and cuts the spear in two;
He burns the chariots with fire.

In verse 6, we hear the cries of the nations, and yet they are nothing compared to the voice of the LORD. The nations make an uproar, like a tantrum, and yet God speaks and they melt away in silence.

In verse 7, He is called “the LORD of hosts,” a title that emphasizes that He is the Captain of angelic armies, such that the military might of any nation on this earth is nothing compared to the glorious power of the One who is our stronghold.

In verse 8, the emphasis is on His power to both create and to destroy. “Come behold the works of the LORD.” He is the Creator, yet He is also the Judge, such that “He can work desolations in the earth.”

Then in verse 9, the Psalmist declares that God is sovereign even over the wars of men. He allows one government to overthrow another. And then, when His sovereign purposes have been accomplished, He is the one who causes wars to cease. He destroys the implements of war and establishes peace.

God’s sovereign power is put vividly on display in these verses. The most powerful of human governments are under His control. Men may seat themselves upon a temporal throne, but it is God who reigns eternally supreme.

Whether it is a monarchy, an oligarchy, or a democratic republic, God is still sovereign over every nation, including ours. His power is on display, even as the nations rage. He is still on His throne. That truth means that we do not need to fear.

There is a third reason.

In verse 10, the Psalmist provides a quote from the Lord Himself:

To whom is this command given? Is the Lord addressing believers here, or is He addressing the nations who were raging in verse 9? Throughout this Psalm, we’ve seen two groups that have been shaking and striving and causing commotion. In verses 2–3, it was the earth that was shaking, and in verses 6 and 9 it was the nations that were striving.

And the context here suggests that God is speaking to both of those groups: “Be still, He says, stop shaking, stop striving—and know that I am God and I will be exalted over both of you—over the nations and over the earth.”

Like Jesus during the storm, in Mark 4:39, God says to both nature and the nations, “Quiet. Be Still. Cease striving! Know that I am God.”

The pride of the mountains (verse 3) is brought low. The might of the nations is turned to dust. And the glory of the God who rules over both nature and the nations shines forth. He alone will be exalted over all. His glory will be put on display.

But there is also a message for believers in this text. Because sometimes the shaking of the earth and the striving of the nations tempts our own hearts to shake with fear, and our minds to strive with worry. The truth that serves as a rebuke to the world—to be still and recognize God’s greatness—serves as a wonderful comfort for us. It is a timely reminder: Be still and know that He is God.

Stop worrying, stop fretting, stop shaking, stop striving. To borrow the words of Philippians 4:6, “Be anxious for nothing.” Take a deep breath and rest in the fact that HE IS GOD, and you are not.

A Year of Clarity

I remember talking to a friend about how we expected 2020 to be a year of clarity. After all, 2020 implies that things will be brought into focus. Well, this year was not what I expected. But I do believe it was a year of clarity in this sense: 2020 made it very clear that we are not in charge, that life is short, and that the things that really matter in life are neither temporal nor material.

For the self-centered secular materialist, 2020 represented a vivid wake-up call to reality. Even for believers, the events of this past year remind us that God is on His throne, and He does whatever He pleases. He will be exalted in the earth. His glorious purposes will be accomplished. It is our joy to be included in those purposes, as those whom He has redeemed by His grace.

And thus, we can proclaim with the Psalmist, in verse 11:

11 The LORD of hosts is with us;
The God of Jacob is our stronghold. Selah.

Nathan Busenitz is the Executive Vice President and Dean of Faculty at The Master’s Seminary. He is also one of the pastors of Cornerstone, a fellowship group at Grace Community Church.