The Foundation for the Joy of Christmas 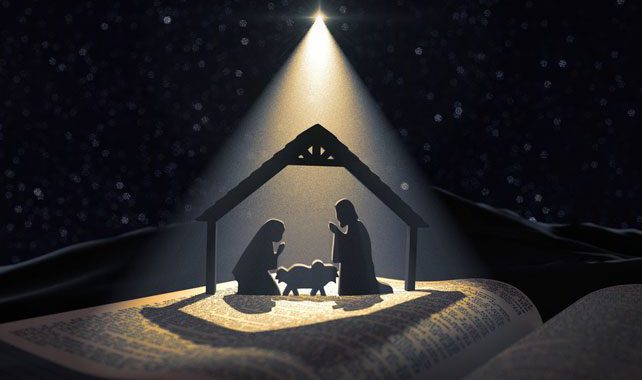 The Foundation for the Joy of Christmas

Along with the great theologian and philosopher Anselm of Canterbury we ask the question, Cur deus homo? Why the God-man? When we look at the biblical answer to that question, we see that the purpose behind the incarnation of Christ is to fulfill His work as God’s appointed Mediator. It is said in 1 Timothy 2:5: “For there is one God and one Mediator between God and men, the Man Christ Jesus, who gave Himself . . . ” Now, the Bible speaks of many mediators with a small or lower case “m.” A mediator is an agent who stands between two parties who are estranged and in need of reconciliation. But when Paul writes to Timothy of a solitary Mediator, a single Mediator, with a capital “M,” he’s referring to that Mediator who is the supreme Intercessor between God and fallen humanity. This Mediator, Jesus Christ, is indeed the God-man.

In the early centuries of the church, with the office of mediator and the ministry of reconciliation in view, the church had to deal with heretical movements that would disturb the balance of this mediating character of Christ. Our one Mediator, who stands as an agent to reconcile God and man, is the One who participates both in deity and in humanity. In the gospel of John, we read that it was the eternal Logos, the Word, who became flesh and dwelt among us. It was the second person of the Trinity who took upon Himself a human nature to work out our redemption. In the fifth century at the Council of Chalcedon in 451, the church had to fight against a sinister teaching called the Monophysite heresy. The term monophysite is derived from the prefix mono, which means “one,” and from the root phusis, which means “nature” or “essence.” The heretic Eutyches taught that Christ, in the incarnation, had a single nature, which he called a “theanthropic nature.” This theanthropic nature (which combines the word theos, meaning “God,” and anthropos, meaning “man”) gives us a Savior who is a hybrid, but under close scrutiny would be seen to be one who was neither God nor man. The Monophysite heresy obscured the distinction between God and man, giving us either a deified human or a humanized deity. It was against the backdrop of this heresy that the Chalcedonian Creed insisted Christ possesses two distinct natures, divine and human. He is vere homo (truly human) and vere Deus (truly divine, or truly God). These two natures are united in the mystery of the incarnation, but it is important according to Christian orthodoxy that we understand the divine nature of Christ is fully God and the human nature is fully human. So this one person who had two natures, divine and human, was perfectly suited to be our Mediator between God and men. An earlier church council, the Council of Nicea in 325, had declared that Christ came “for us men, and for our salvation.” That is, His mission was to reconcile the estrangement that existed between God and humanity.

It is important to note that for Christ to be our perfect Mediator, the incarnation was not a union between God and an angel, or between God and a brutish creature such as an elephant or a chimpanzee. The reconciliation that was needed was between God and human beings. In His role as Mediator and the God-man, Jesus assumed the office of the second Adam, or what the Bible calls the last Adam. He entered into a corporate solidarity with our humanity, being a representative like unto Adam in his representation. Paul, for example, in his letter to the Romans gives the contrast between the original Adam and Jesus as the second Adam. In Romans 5, verse 15, he says, “For if by the one man’s offense many died, much more the grace of God and the gift by the grace of the one Man, Jesus Christ, abounded to many.” Here we observe the contrast between the calamity that came upon the human race because of the disobedience of the original Adam and the glory that comes to believers because of Christ’s obedience. Paul goes on to say in verse 19: “For as by one man’s disobedience many were made sinners, so also by one Man’s obedience many will be made righteous.” Adam functioned in the role of a mediator, and he failed miserably in his task. That failure was rectified by the perfect success of Christ, the God-man. We read later in Paul’s letter to the Corinthians these words: “And so it is written, ‘The first man Adam became a living being.’ The last Adam became a life-giving spirit. However, the spiritual is not first, but the natural, and afterward the spiritual. The first man was of the earth, made of dust; the second Man is the Lord from heaven. As was the man of dust, so also are those who are made of dust; and as is the heavenly Man, so also are those who are heavenly. And as we have borne the image of the man of dust, we shall also bear the image of the heavenly Man” (1 Cor. 15:45).

We see then the purpose of the first advent of Christ. The Logos took upon Himself a human nature, the Word became flesh to effect our redemption by fulfilling the role of the perfect Mediator between God and man. The new Adam is our champion, our representative, who satisfies the demands of God’s law for us and wins for us the blessing that God promised to His creatures if we would obey His law. Like Adam, we failed to obey the Law, but the new Adam, our Mediator, has fulfilled the Law perfectly for us and won for us the crown of redemption. That is the foundation for the joy of Christmas.

This article was originally published in Tabletalk magazine.